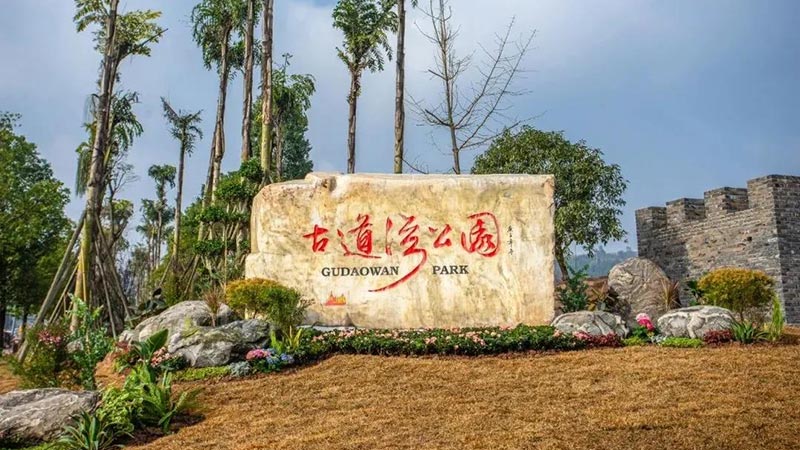 The park is divided to different areas according to the different culture and playground equipment in each area are customized to reflect the culture.

Double-drum Area
The war drum is a drum to boost morale or command battle. The famous Chinese Military strategist Sun Tzu pointed out in his art of War: "the golden drum, is the eyes and ears of the people,... So that the brave can not attack alone, and the timid can not retreat alone".

The double drum area, centered on a large double drum equipment, is placed at the commanding height of the site.
The whole equipment is made into two connected ancient double drum shapes, which not only has the function of amusement equipment, but also has the eye-catching landscape modeling function. The interior of the play equipment includes vertical and horizontal climbing, three-dimensional maze game, double drum percussion, tube slide and other play parts. 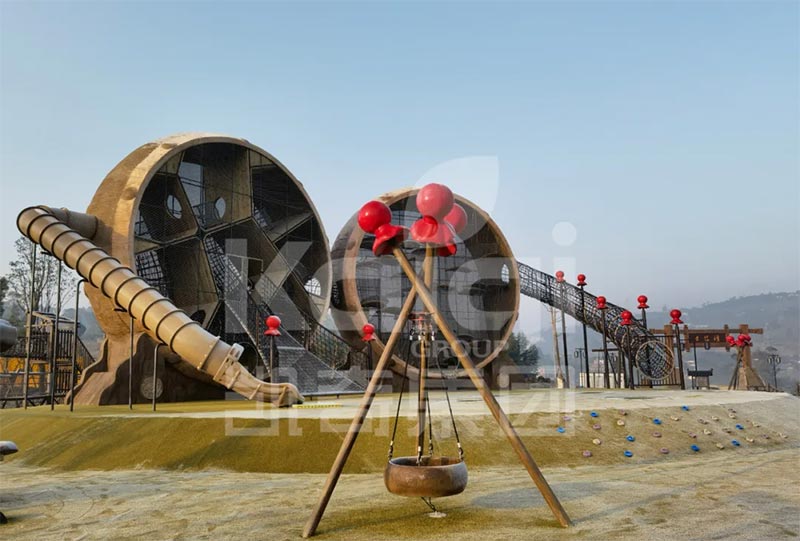 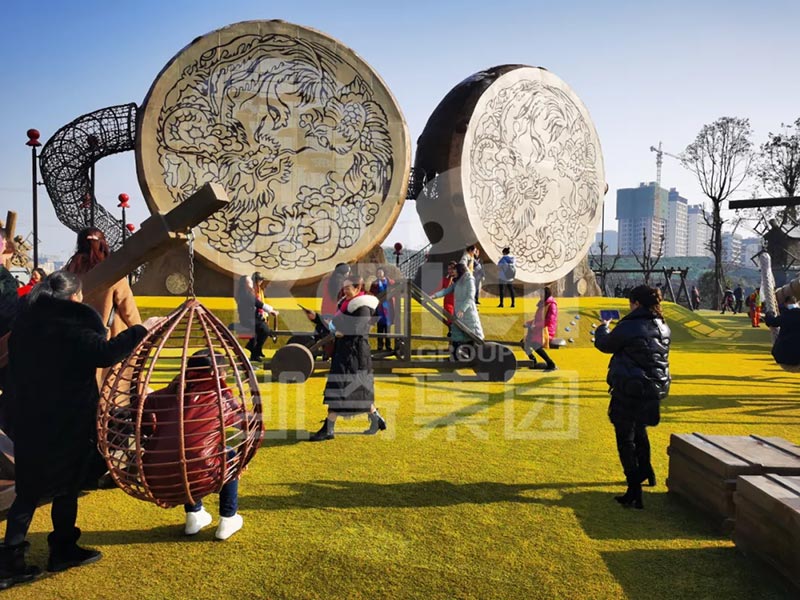 The origin of swing can be traced back to ancient times hundreds of thousands of years ago. At that time, in order to make a living, our ancestors had to go up trees to pick wild fruits or hunt wild animals. In climbing and running, they often catch strong vines, swing by vines, climb trees or cross ditches. 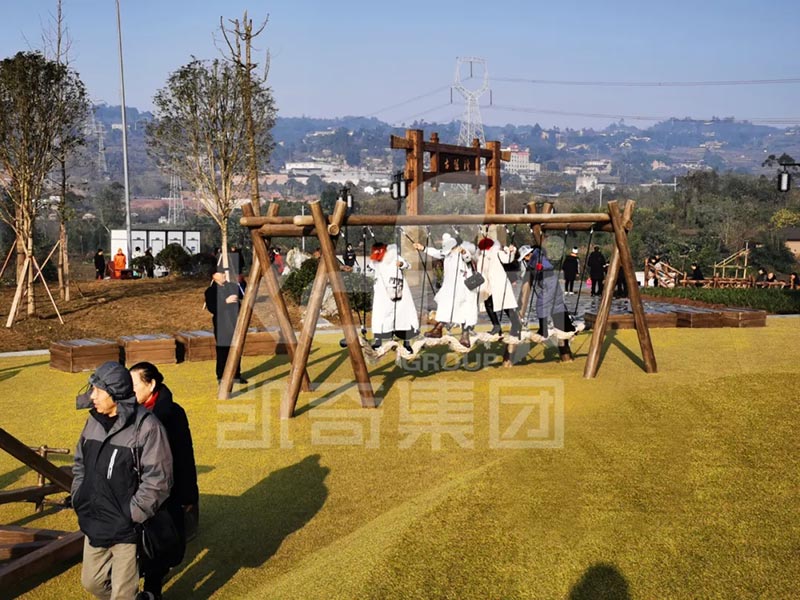 At any time, a lookout tower can be built. Its function is to open a fixed view in a certain area. 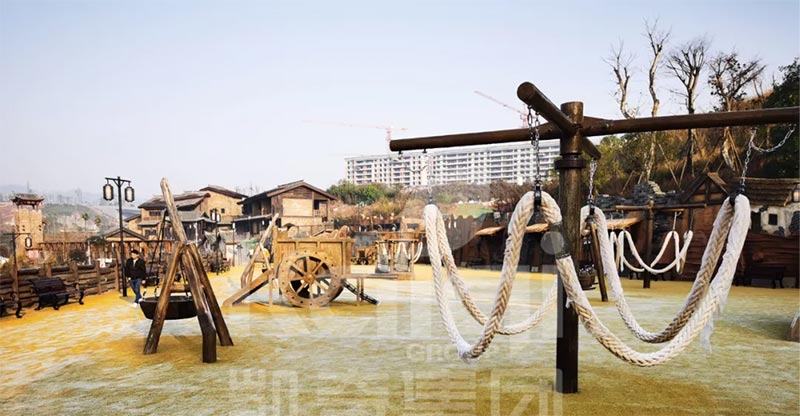 In ancient times, the ladder is kind of war equipment, which is used to climb up to the city wall and attack the city. It has wheels under it and can drive. Therefore, it is also called "ladder car".
The siege vehicle is an ancient siege weapon, also known as the rush vehicle. It relies on the speed and kinetic energy of the siege hammer to break through the city gate or destroy the city wall. 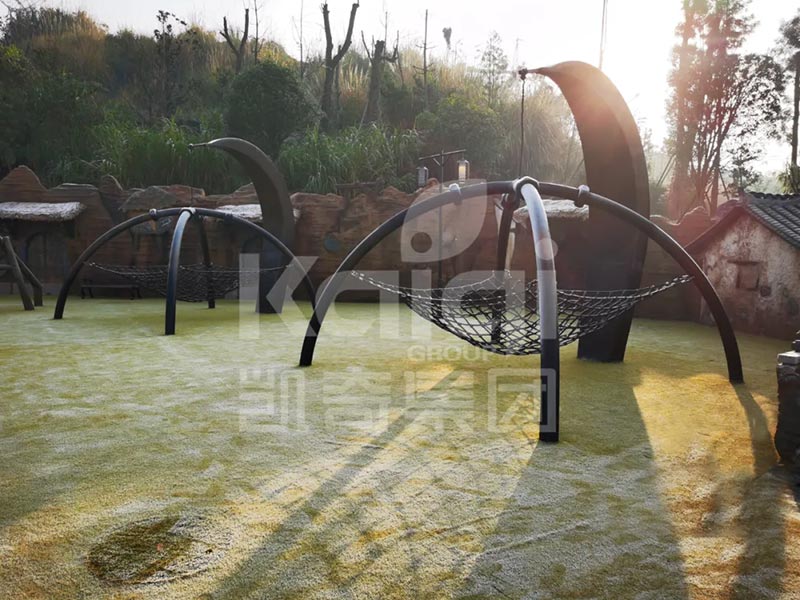 Stockade is a fence for defense. It is usually an obstacle commonly used in military. It can also be used to describe a village. 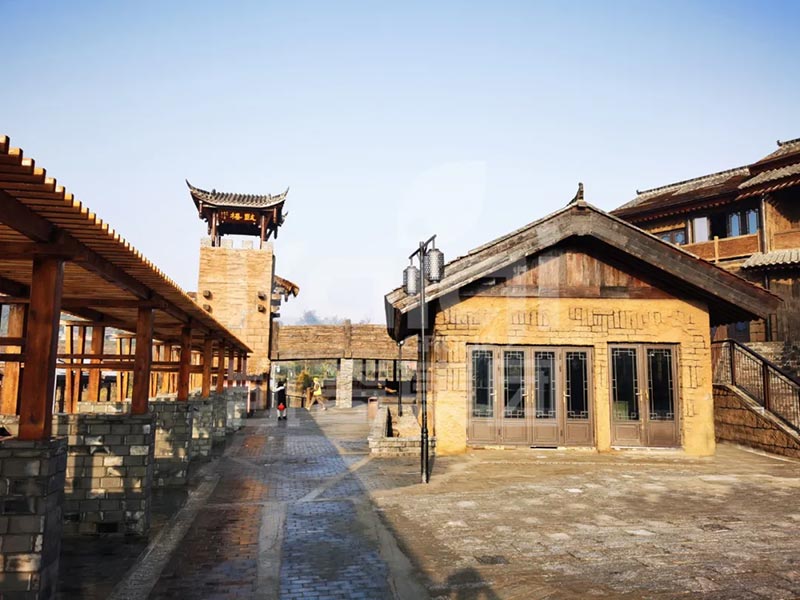 The design of this area is mainly based on the frequently used equipment of ancient farmhouses, which combines the characteristics of ancient customs with playground equipment, with unique style and teaching in fun.

Seesaw and swing are popular park playground equipment. In order to meet demands for more children, the sand pool area has also made a collection. The shapes are the ancient style of wood and the shapes of ancient appliances, as if they are far away from the noise of the city and integrated into the life of nature. 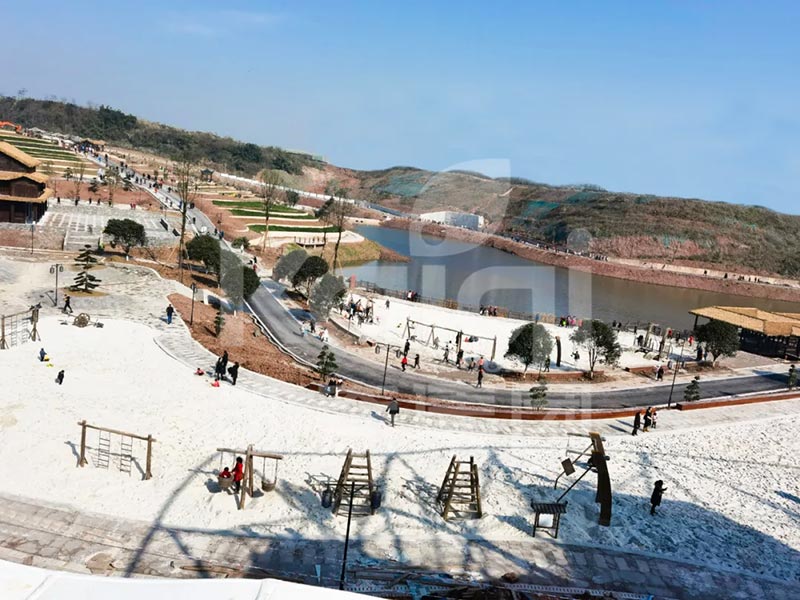 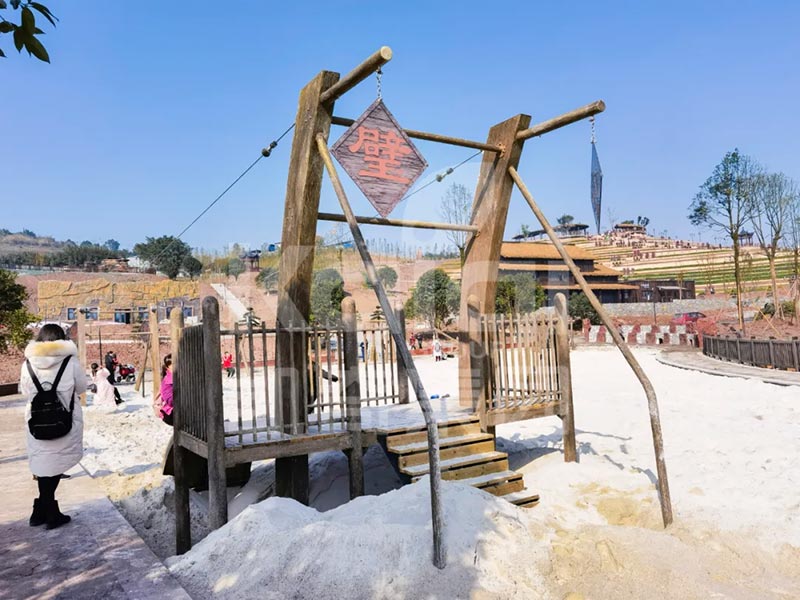 Water cannon area
Childhood is a colorful belt. There are many colors in the growing belt, such as enthusiasm, laughter and sadness, but the water area is an indispensable playground, especially the water war games.
In the scorching summer, how about a water polo battle?
Water Battle
Taking advantage of natural geographical advantages, a water cannon area is set up, in which water cannons are used to set up water games for mutual attack. Dozens of water cannons are set up in the treasure boat fence and the banks on both sides, so that you can shoot each other freely. Some treasure boxes, floating barrels and floating boxes are also set up in the river. They can also be used as bull's-eye to compete and shoot. 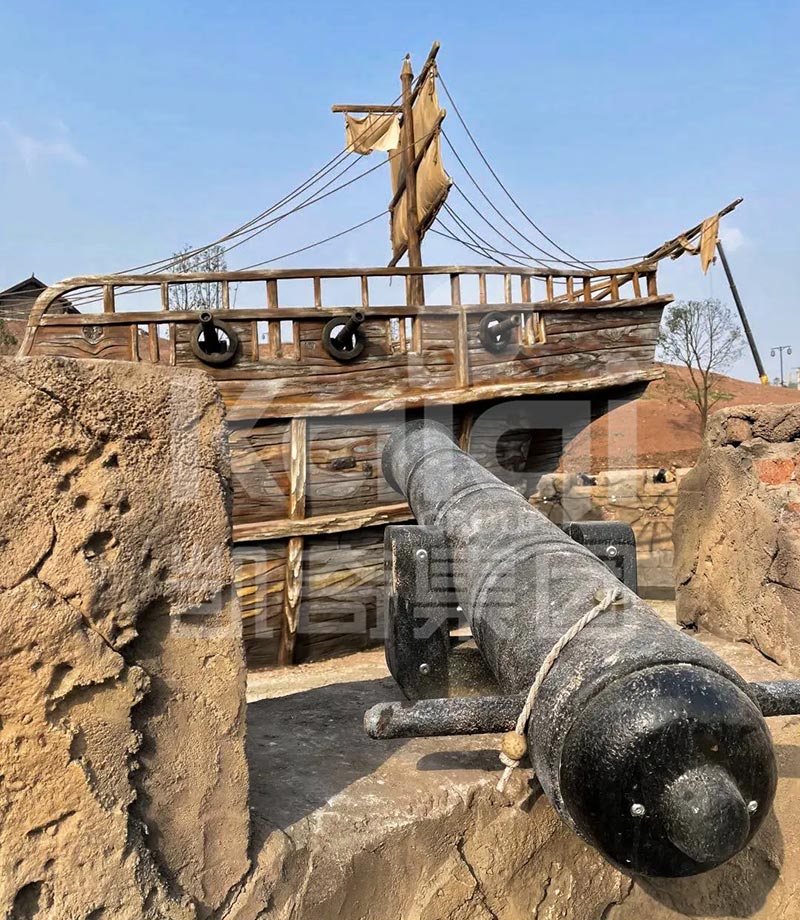 The design idea comes from the ancient street. There must be transactions on the street, which is inseparable from money, and this equipment uses several common currencies in ancient times. China's currency has a long history and a wide variety, forming a unique currency culture. 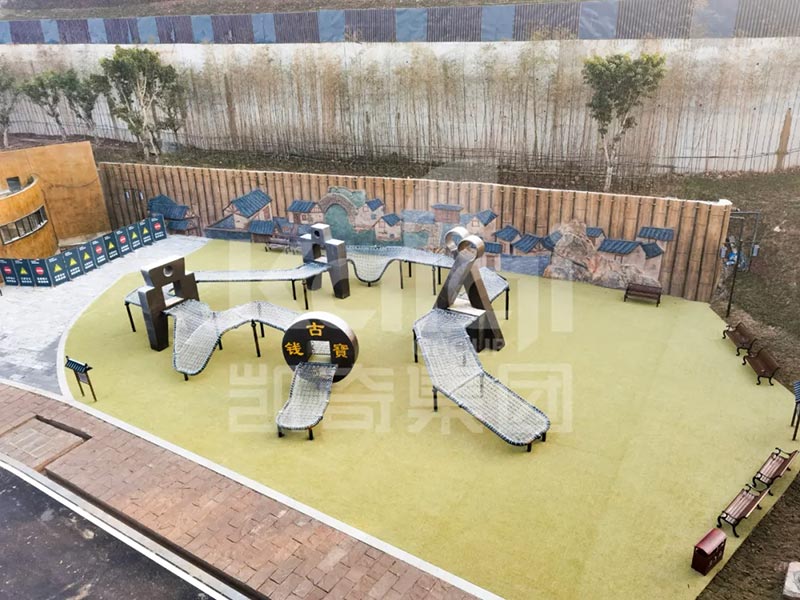 In order to increase the play value of the children’s playground equipment, some climbing nets are included in the design, which can lie down and enjoy the sunshine bath and exercise balance. There are some other small amusement equipment below the climbing net, such as hanging pile, moonlight swing and rotating ball. It focuses on the combination of correct route and speed, which is very challenging and interesting for kids to play.

PREV : In the name of growth, nature is the teacher-this kind of education is what children need most

NEXT : How to start a children’s indoor playground business?